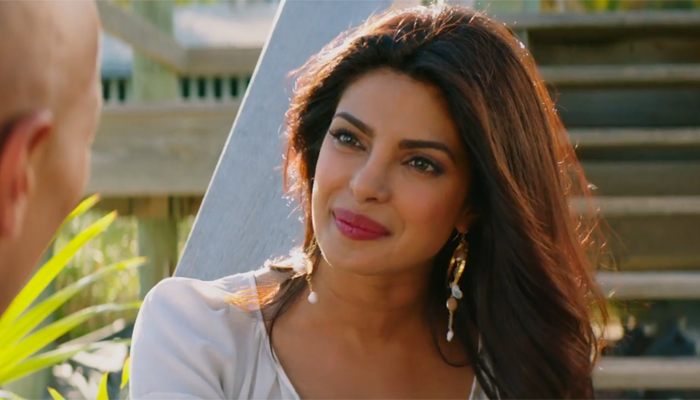 Bollywood known as Hindi cinemais a film making industry in the Hindi language. Bollywood is named after theEnglish cinema industry, Hollywood. The Hindi film industry is primarilylocated in the city of Mumbai. These films are the heartbeat of the people ofHindustan.

In Bollywood, there is a lot of beautiful actresses known for her beauty and acting. Today I am going to reveal the Top 10 Most Beautiful Bollywood Actresses list 2020.

Jahnavi Kapoor is the daughter of the late beautiful Bollywood actress Shridevi known as Bollywood’s first female superstar, Jahnavi Kapoor loves sweets, and Janhvi Kapoor likes to roam more in Punjab. His Instagram account is buzzing with his foodie outing.

Jahnavi Kapoor is the most talented beautiful Bollywood actress revealed in a recent interview that her favorite actresses are Waheeda Rehman, Meena Kumari, and Nutan. She says that she is crazy about all these actresses.

Jahnavi says that fitness is very important. Yes, it isa different matter whether you keep yourself fit through yoga or exercise. Butit is important to take care.

On social media, Jahnavi says that this is a good platform,but many times people misuse it and spread negativity, which is completelywrong.

Yami Gautam is the most beautiful actress in Bollywood, she was born in Bilaspur, Himachal Pradesh. Since childhood, he had a dream to become an IAS. At the age of 20, she entered the modeling world. In 2012, she made her Bollywood debut with the film Vicky Donor with Ayushmann Khurrana.

This Beautiful Bollywood actress was studying law in Chandigarh before appearing in films.
Greenhouse girl Yami Gautam is associated with all kinds of social work. One of these is to promote organic farming.

Yami has also built a greenhouse in Himachal Pradesh by taking land, and there she also does organic farming.

Yami Gautam, who exercises in the open, with the help of his trainer, has kept a complete schedule for this, including physical work and the ropes used in military tasks.

Her mother is an Associate Professor at the University of Delhi, and her father is a chartered accountant. In 2011, Kriti is one of the most beautiful Bollywood actresses who participated in Femina Miss India, but she did not win.

Kriti has worked in advertisements for many brands. Kriti’s first film was a Telugu film with Mahesh Babu, titled ‘Nenokadine.
Kriti is a big fan of Shahrukh Khan and Kajol and working in ‘Dilwale’ was the fulfillment of her dream!

Mouni has studied up to 12th standard from KendriyaVidyalaya, Koch Bihar.

After this, she came to Delhi and made a plan forgraduation from English Literature from Miranda House. But Mouni’s followerswanted him to become a journalist.

By agreeing to the parents, Mouni took admission inMass Communication at Jamia-Milia Islamia University in Delhi.

Mouni Roy works hard to take care of her figure. Shespends hours in the gym. While working out, she also keeps sharing photos andvideos.

Ananya has completed graduation from Dhirubhai Ambani International School and she did her graduating from the University of Southern California, Los Angeles. Her favorite food is chocolate and pizza.

Ananya loves pets. She travels a lot and loves alcohol too. She is a party person. Indian cricketer Virat Kohli is her favorite cricketer. Ananya loves reading books and admires a lot of international authorities.

She revealed in an interview that she was very scared during the audition of Student of Year 2 and she was most afraid of Karan Johar.

She is the daughter of Bollywood actors Chunky Pandeyand Bhavna Pandey! Ananya also has a younger sister, named Risa!

Hina Khan is considered one of the mosttalked-about actresses on the small screen. She is known for her role ofAkshara in the popular show ‘Yeh Rishta Kya Kehlata Hai’.

Hina Khan, born in Srinagar on October 2, 1987, wantedto become a journalist but made her mark in the field of acting.

The Hina Khan did her MBA from Gurugram in 2009, and she wanted to become a journalist, but luckily, something else was acceptable. Along with this, Hina Khan also applied for air hostess, but she got malaria, and she could not give the exam. After this, he was offered a serial called Yeh Rishta Kya. He started her acting career with the serial Yeh Rishta Kya Kehlata Hai.

Radhika was born on May 1, 1995. Actress Radhika Madan, who played Ishani in the TV serial ‘Meri Aashiqui Tumse Hi’, is popular in the house.

Radhika, who has worked with actors like Shakti Arora and Arjun Bijlani, has earned a lot of name in the TV world and now she is ready to make a place in Bollywood too. Radhika is known for her acting as well as her beautiful dance.

In this show, her dance was well-liked, and she becamefamous.

Radhika has always wanted a house near Samandar, whichshe has finally found! She lives in the Juhu Parineeta Building in Mumbai,where Vidya Balan and Shahid Kapoor are also home!

Apart from this, she also won the Indian TelevisionAcademy Award for Best Fresh Face (Female) in 2015.

Sanya Malhotra is an Indian actress who hasworked in many Hindi films.

She is from a Punjabi family and was born in Delhi. She likes to eat Rajma rice very much. She sometimes drinks alcohol. She loves to dance and has also taken a class of ballet dance.

After which he got frustrated and tried her luck in acting instead of making his career in dance and also worked in many advertisements. She gained fame from her film “Dangal”, in which she played the role of Babita Phogat.

which was based on sports and drama. This proved to be a successful and super hit film and the film did well at the box office.

In this film, he played the character of Babita Kumari Phogat. After this, her second film “Patakha” came, in which her style made a splash. And her third film “Badhaai Ho” came.

Pooja Hegde is an Indian film actress as well as a model who mainly appears in Hindi and Telugu movies. She was born on October 13, 1990, in Mumbai. Pooja Hegde was crowned as the second runner-up in the 2010 Miss Universe India competition.

Aishwarya Rai was born on 1 November 1973 in Mangalore, Karnataka, India. After the marriage of Aishwarya Rai, she is known as Aishwarya Rai Bachchan. It is an Indian film actress and model, who mainly works for the Bollywood Hindi film industry.

Apart from Hindi films, she has also acted in Tamil, Telugu, and Bengali movies and has also won the title of Miss World Pageant of the year 1994.

In 1999, Aishwarya Rai dating Bollywood star Salman Khan, Rai accused Salman Khan of infidelity and insult as a reason for the relationship deteriorating. On 14 January 2007, Abhishek Bachchan’s father Amitabh Bachchan announced the engagement of Abhishek and Ash. Later, on 20 April 2007, according to Hindu traditions, they were married. Along with this, Northern India and Bengali traditions were also played in the marriage.